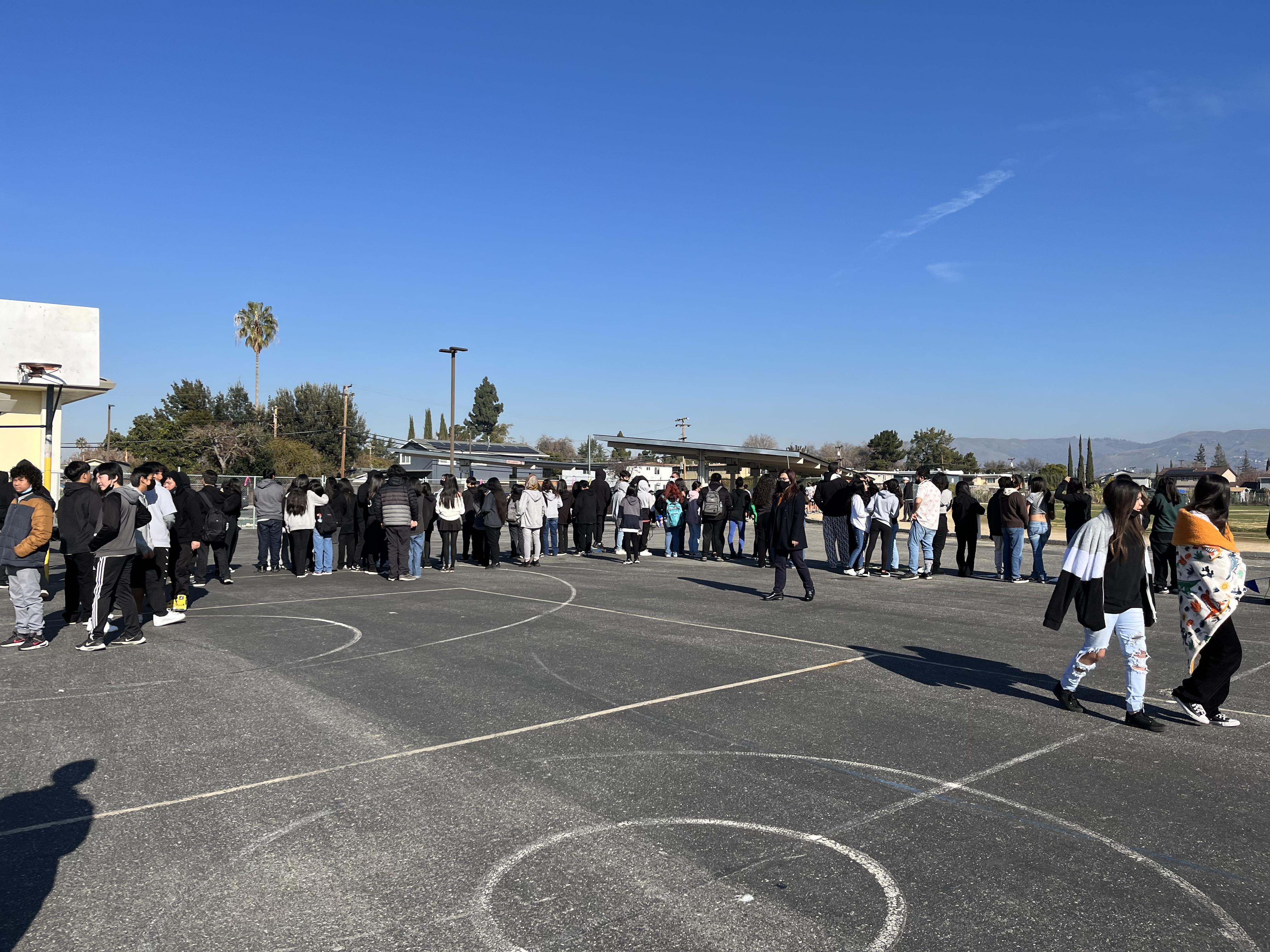 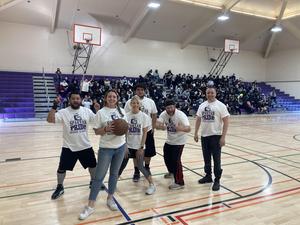 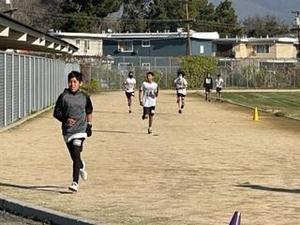 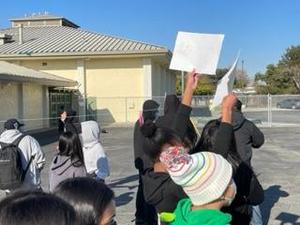 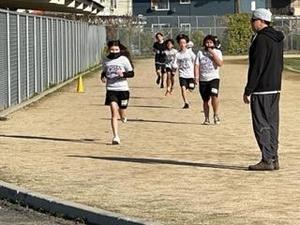 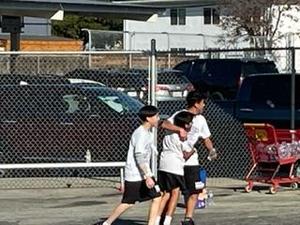 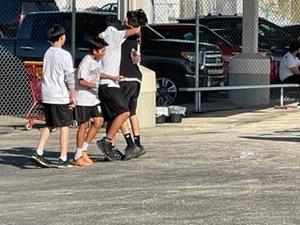 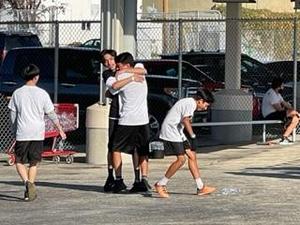 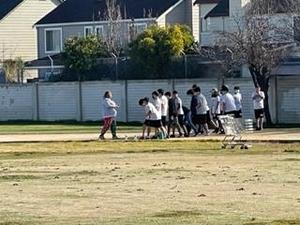 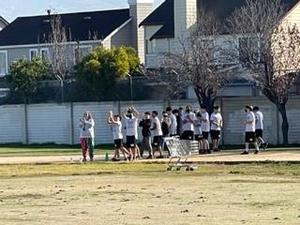 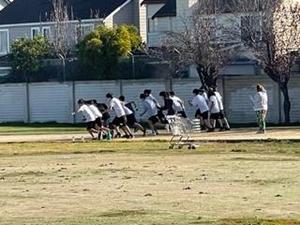 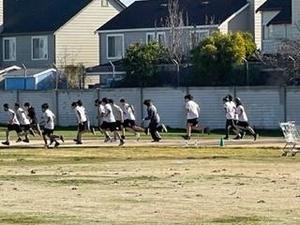 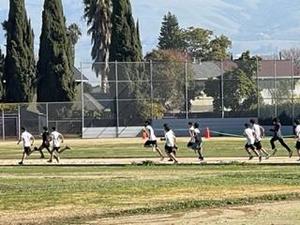 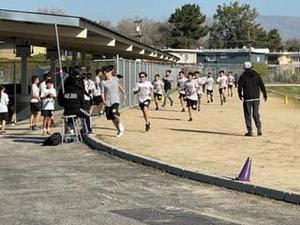 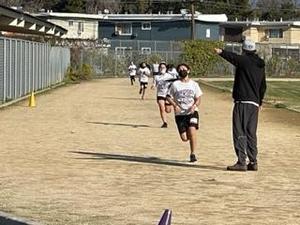 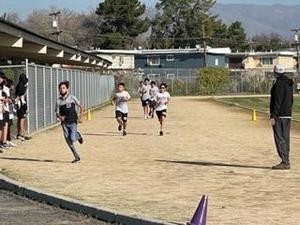 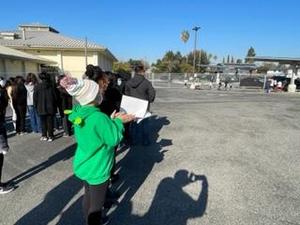 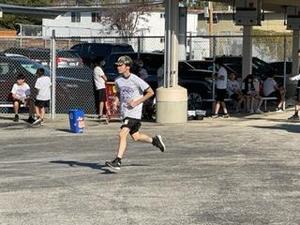 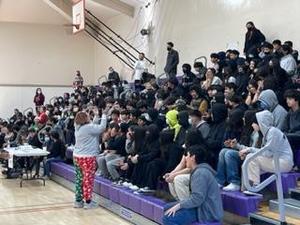 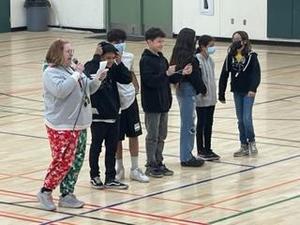 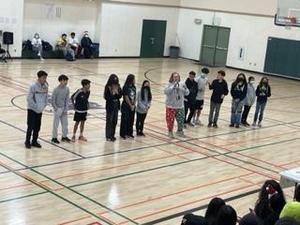 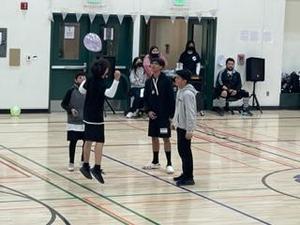 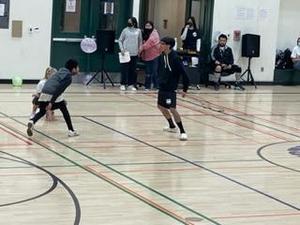 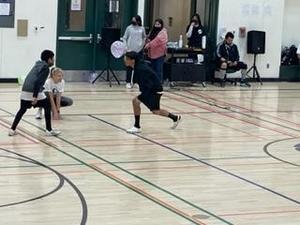 Students and staff gathered for our annual Jingle Bell Run. It is a tradition at Bridges Academy where 7th and 8th grade students competed in a mile run out on the track and around the school campus. The competition was fierce but friendly. Some students gave it all the effort they could, while others just enjoyed a pleasant run outside with a supportive crowd. Students spectators cheered on supporting their friends, and other participants, with signs and encouraging shouts.

Later that day, at a rally, winners were given recognition and all participants praised by Coach Harmon in a ceremony. The rally continued with games for students. Some of the games involved teams competing to keep a balloon in the air using just using their head. A key event was a a traditional basketball game between members of the girls basketball team and staff- a favorite activity at Bridges. They played for fun amid the cheers of the students. Students cheered for their peers and teachers, often calling them out by name. Inspirational words of unity and school spirit were conveyed by Principal Edwin Avarca and Vice Principal Lauren Cole. Coach Harmon praised all game and race participants for their examples of courage, sportsmanship, and engaging in healthy physical activity. Students competed in cheering competitions between 7th and 8th grades. A fun time was had by all in the spirit of unity and positive school atmosphere for all diverse competitors and spectators. Join us next year for the Bridges Academy Jingle Bell Run in 2023.